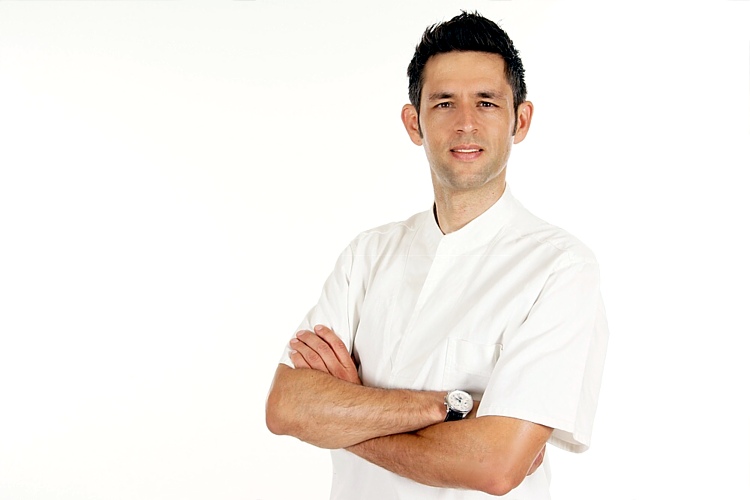 I have known Dr. Hulda Clark's protocol since 1995 and visited her clinic for the first time in 1996. In 1998 I started to distribute products according to the books of Dr. Hulda Clark. It was my main concern from the start to adhere to her recommendations about product quality and production, and this has remained unchanged ever since (find my complete story below).

Much has happened in these 20 years, I have witnessed many things and now I am more certain than ever that the Clark protocol is a promising alternative approach to health, because it has a holistic view and considers all the different aspects of the human body, from teeth to detoxification to nutrition to energetic balancing.

You will also notice that our prices are reasonable. Dr. Hulda Clark's concept of "Self Health", meaning everyone should be able to stay in charge of their own health, requires that the products are available and affordable and do not become luxury goods.

I hope you find what you are looking for in our shop. If you have any questions, send us an e-mail and my staff will reply to you.

P.S.: I personally guarantee the quality of our products. I emphasize this with our 30 day money back guarantee in case our products do not meet your expectations.

The Story of the Dr. Clark Research Association

My mother Helen is a true health nut and always has been – I do not know how many books she has read about health, nutrition and natural medicine, but I would say just about anything that is out there and is worth reading (and sometimes not)! In 1995 through a friend of a friend of a friend (etc.), a copy of the German translation of Dr. Clark's Cancer book – yet unpublished – landed in my mother's hands and ended up in a cupboard where I found it one fateful Sunday morning.

Now to understand what my stance was with regards to orthodox medicine, you have to know what my father taught me about it: to stay away from doctors because they make you sick, and that most medications' side effects were worse than what they were trying to cure. Of course in some rare instances some medication may be necessary, but I soon found out that I would get well as quickly or more quickly without any chemical assistance. In 1988 I took a headache pill and it did not do much for me and that was the last time I took one. When I had my wisdom teeth removed I took one pain pill, then found out it was about the same with or without and so I did not take any more. I fast forwarded through a tonsillitis in less than 2 days, only on herbal teas. And I have not missed a day at school or work for being sick since 1994. To cut a long story short: I am not and never have been a friend of orthodox medicine, because it is dangerous business and by far does not work as well as people are made to believe.

All the more was I fascinated when I read Dr. Clark's book. I always excelled in science and math and her methods did seem a little crude, but I had an open mind and figured, I might as well undertake a journey and find out what it was all about. So I traveled to San Diego in 1996 – not so much to meet Dr. Hulda Clark personally, but rather to talk to her patients and find out if they were really getting well. And to my amazement, many of them were and had incredible stories to tell.

And while I was always top of my class in university and had some enticing job offers that were hard to refuse, I realized that it was not for me and that I was too much of an independent mind to be employed, and that I had to do something meaningful, and especially, that I wanted to support Dr. Clark. That is how I decided to start the Dr. Clark Research Association. The original concept was to contact all the companies that sold products according to Dr. Hulda Clark and to ask them to donate a percentage of their sales so that research could be done to confirm Dr. Clark's work.

Geoff Clark (Dr. Clark's son) helped me by putting an information leaflet into a promotional mailing that he sent to his customers, apart from that I soon realized that it was very hard to find any considerable support or funds. Most companies in the field were very small and had little interest in supporting some research initiative that did not seem to have any immediate benefits.

In December 1998 I set up the website www.drclark.net. The website was purely informational and mostly contained excerpts from Dr. Clark's books. Now those were the early days of the internet, so there were comparably few websites (but also few users), and to my own amazement within a few weeks I started to get hits and people writing e-mails. Some of them asked where they could buy products and I sent them to a company in Florida to buy their products. After some time I realized that maybe selling products was the better way to finance our research plans and our plans to make the Clark protocol more known and used and to document its effects. And after all, after a year of traveling, I had pretty much exhausted my resources.

This was how it all started, and the rest is history, and here we are, 20 years later. I had to turn over www.drclark.net to an unrelated third party in 2004 due to a suit against the Federal Trade Commission. And Cristina and her group of Clark aficionados have done a wonderful job with it, and have improved and expanded the website, even though they make no money with it. Dr. Clark Research Association, meanwhile, is still pursuing the same goals as in 1998, namely to make the Clark protocol known and document its results. I found out over these years that research takes more time and costs more money than I had originally thought, but still we have made some very significant steps in this direction, for example with the study by Prof. Lai that showed micro currents effective against cancer cells, which meanwhile has been confirmed in many other studies and is used some commercial applications.

I would like to thank you, our customers and my readers, to have been part of this journey and to have accompanied us during these past 20 year, and hope you will spend a little more time by our side.

Disclaimer and Notice: I am not a medical doctor. This is not medical advice, but merely a reference to Dr. Clark's findings. For medical advice, consult with your physician. Please note that reference to Dr. Clark's findings does not necessarily imply that these findings have been corroborated by other scientists. Other scientists may disagree. We do not make any promises with regards to the products we sell. Note that the VariZapper and the VariGamma Generator are not medical devices and we can't advocate them for medical use. Statements have not been evaluated by the FDA. Remedies are not intended to treat, cure, prevent or mitigate disease. Only your body can cure itself and prevent disease ;o)

We use cookies to provide you a better user experience.